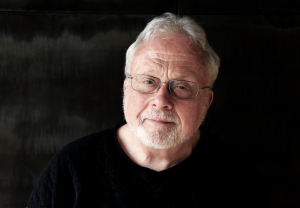 First Symphony for Band by American composer William Bolcom is our Composition of the Week.
Written in 2008 Bolcom’s First Symphony for Band was commissioned by the Big Ten Band Directors Association and premiered by the University of Michigan Symphony Band under Michael Haithcock. It has a duration of 16 minutes and it is cast in four movements.
The instrumentation calls for a large concert band, including double bass, piano, harp and 6 percussion parts.

“The First Symphony is by far the most ambitious piece in my very small catalogue for band. In form it relates most closely to my fifth and sixth symphonies for orchestras: as with them, it begins with a tight sonata movement followed by a scherzo, a slow movement, and a sort of rondo-finale. Ô tempora ô mores, a tragic and forceful protest, laments our dark time. Scherzo tenebroso is a cousin to the scherzi in my third, fifth and sixth symphonies, especially in the sardonic use of popular material in their trios; in this trio, as we hear the cornet playing a waltz, I envision a clown dancing. Andantino pastorale belies a seemingly simple tunefulness with its dark undercurrent. The image of a New Orleans funeral procession, followed by a joyous dance-like march back from the graveyard, gives the form of Marches funéraires et dansantes, and leaves us at long last with an atmosphere of exuberance and hope.” (Program notes by William Bolcom)

William Bolcom is an American National Medal of Arts, Pulitzer Prize and Grammy Award-winning composer of chamber, operatic, vocal, choral, cabaret, ragtime and symphonic music.
At the age of 11, he began composition studies with George Fredrick McKay and John Verall at the University of Washington, continuing piano lessons with Madame Berthe Poncy Jacobson. He later studied with Darius Milhaud at Mills College while working on his Master of Arts degree, with Leland Smith at Stanford University while working on his D.M.A., and with Olivier Messiaen and Milhaud at the Paris Conservatoire, where he received the 2éme Prix de Composition.

Bolcom’s early compositions employed the somewhat severe 12-tone, or serial technique, but in the 1960s he began to reach out and use a wider variety of musical styles. His main goal as a composer has been to erase the boundaries between popular and classical music.

Bolcom’s many compositions include nine symphonies, eleven string quartets, four violin sonatas, three operas three musical theater works incidental music for stage play, two film scores, several unusual concertos, and a large catalogue of chamber and vocal works. Among his numerous awards and prizes are The Pulitzer Prize for Music, investiture in the American Academy of Arts and Letters, and four Grammys in 2006 for his Songs of Innocence and Experience.

Other works for winds include