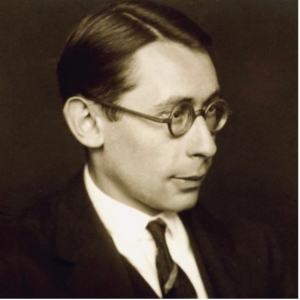 Divertimento Op. 22 by Austrian composer Hans Gál is our Composition of the Week.

The divertimento for wind octet, with its rather unusual instrumentation of Flute, Oboe, two Clarinets, Bassoon, two Horns and Trumpet, was composed in 1924 as a commission for the 1925 Festival of contemporary music in Kiel, organised by the “Allgemeiner Deutscher Musikverein”, on whose committee Gál subsequently served, along with Alban Berg and Ernst Toch.

“It is a divertimento in the original sense of the term: Open-air music in the character of a serenade, five movements of contrasting moods, lyrical and burlesque, concisely shaped and with the closely knit texture of chamber music”. Hans Gál

The work has a duration of about 25 minutes and its written in five movements:
I – Intrata, II – Pagliazzo, III – Cavatina, IV – Intermezzo grazioso, V – Pifferari

The premiere took place on June 1925, at the Kiel Festival with members of the Kiel State Orchestra under Hans Gál himself. Since then, the work has become a staple of the chamber music for winds. Divertimento Op.22 is available at Maecenas Music.

Gál’s style is rooted in the Austro-German musical tradition, but from the early 1920s he had developed his own musical language, to which he remained true throughout his long career. He never followed prevailing fashions, nor abandoned his belief in the importance of tonality.