CONCERTO FOR TUBA and WIND ORCHESTRA by Juraj Filas (Slovakia, 1955) 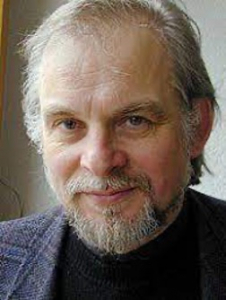 CONCERTO FOR TUBA and WIND ORCHESTRA

Concerto for Tuba and Wind Orchestra by Slovak composer Juraj Filas is our Composition of the Week.
The concerto was commissioned and performed by tuba soloist James Gourlay and the Glasgow Royal Academy of Music in 2006. It has a duration of 15 minutes.

He had already composed on specific commissions for other world-class brass players such as Joseph Alessi, solo trombonist of New York Philharmonic (two sonatas and a concerto) as well as Otto Sauter, one of the best contemporary piccolo trumpet players (a concerto and a sonata).
Juraj Filas uses a distinctly lyrical and emotional musical language with which he strives to maintain the distinct European musical traditions of some of the masters such as Verdi, Beethoven and Mahler, this is especially remarkable in this work.
The concerto is available on rental at Hudobné Centrum (Music Centre Slovakia).

Other significant works by Filas for wind ensemble are “Der feurige Engel”( 1992), “Der letzte slawische tanz, ein ferner Widerhall vom Gulag” (1995). He has written a Concerto for Horn and Wind Ensemble as well.

Juraj Filas was born in Kosice, in 1955, in the former Czech Republic, today Slovakia.
He first graduated from the Prague Conservatory with a degree in voice, but harmful coaching robbed him of his ability to perform. Yet it was this misfortune that led him to study at the Prague Academy of Performing Arts, where he was discovered by the great professors Jan Zdenek Bartos (a student of Josef Suk who was a student of Antonin Dvorak) and Jiri Pauer.
It was under their tutelage that Filas discovered his lifelong passion for composition. Filas soon found acclaim in Czechoslovakia, three times winning the title of young composer laureate in Ostrava (Generace), and then found international renown when his TV opera Memento Mori won the Jacobs-Suchard Prize at the International Music Competition in 1989.

Juraj Filas lives in Prague. Apart from composing, he also lectures on composition at the Prague Academy of Performing Arts.