CONCERTO FOR PIANO AND WIND ORCHESTRA by Edwin Roxburgh (GB, 1937) 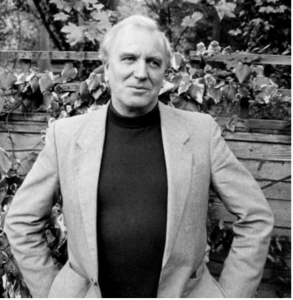 Concerto for Piano and Wind Orchestra by British composer, conductor and oboist Edwin Roxburgh is our Composition of the Week.
The concerto was premiered on March 30, 2017, in celebration of the 80th birthday of composer Edwin Roxburgh, by the Trinity Laban Wind Orchestra, with Karl Lutchmeyer on piano and Tim Reynish conducting.
The piece has a duration of 24 minutes and it is set for:

The performance material is on hire at United Music Publishing Limited.

Edwin Roxburgh was born in Liverpool, England. After playing oboe in the National Youth Orchestra, Roxburgh won a double scholarship to study composition with Herbert Howells and oboe with Terence MacDonagh at the Royal College of Music. He also studied composition with Nadia Boulanger in Paris and Luigi Dallapicolla in Florence.
His students have included Jonathan Lloyd, Daniel Giorgetti, Kenneth Hesketh, Dai Fujikura, Luke Bedford, David Warburton and Helen Grime.

After his studies he became principal oboist of the Sadler’s Wells Opera and taught composition and conducting at the Royal College, where he founded the RCM’s Twentieth Century Ensemble. Together with Leon Goossens he wrote the Menuhin Music Guide for the oboe in 1977.

In 2004, Roxburgh became the acting Head of Composition at the Birmingham Conservatoire and from 2005 has acted as visiting tutor in composition and conducting, as well as workshop leader. In 2007 his 70th birthday was celebrated in a series of concert performances showcasing a selection of his works. In 2008 he received the Royal Philharmonic Society Elgar Bursary.
He is also Associate Composer of the London Festival Orchestra.

Other works for wind ensemble include: