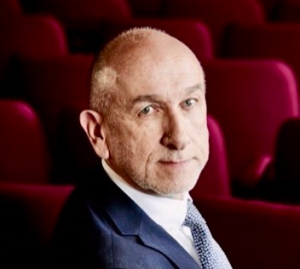 “Cinq Bagatelles” for chamber winds by French composer and conductor Jean-Pierre Pommier is our Composition of the Week.
These five short pieces were written in Toulon, France, between April, and August 2016.
The movements alternate between fast and slow tempi, for a total performance time of about 15 minutes.
They are scored for 19 musicians, detailed as follow:

“Cinq Bagatelles” are available directly from the composer.

Other works for wind ensemble by Jean-Pierre Pommier include:

Jean-Pierre Pommier began his musical studies relatively late, at the age of 15, when he discovered the clarinet thanks to his father, an amateur musician, and was trained in several theory and instrumental disciplines (Clarinet, Organ, Chamber Music, Harmony, Counterpoint, Fugue and Analysis) at various institutions.
He is a laureate of the National Composition Competition of Chassieu (1985), of the Dauphine (1988), of the International Composition Competitions of Le Havre (1990); of Corciano (Italy, 2007 – 2nd Prize) and of the International Music Tournament in 2008 (“Certificate of Merit” in composition).
He has been recently awarded a 3rd Prize at the International Composition Competition 2021 “Coups de vents”. His works have been commissioned by soloists, instrumental ensembles, music schools and institutions and has been published by companies such as Robert Martin, Fuzeau, Combre, Billaudot, Alfonce Productions or Egge Verlag.

His most recent works for wind band can be accessed through the AFEEV’s website. (Association Française pour l’Essor des Ensembles à Vent).

Author of nearly 180 works, he has composed for all types of ensembles but has developed a definite predilection for the wind band thanks to the teaching of Désiré Dondeyne (WASBE’s Honorary Life Member), of whom he was a student.
In 2006, he was named « Chevalier dans l’Ordre des Palmes Académiques ». Jean-Pierre Pommier retired in September 2018, and shares his time between composing, painting and travelling.

He has taken up his clarinet again to play in the La Rochelle Harmony Orchestra and the Châtelaillon Harmony Orchestra in order to end his artistic life as he began it, playing in a wind band of which he remains an ardent promoter.