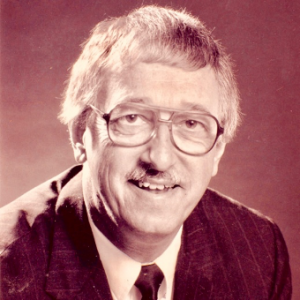 Celebrations by John P. Zdechlik is our Composition of the Week.

We respectfully dedicate this obituary to his memory.

John Zdechlik was an American composer, teacher and conductor. He has been elected to the American Bandmasters Association (ABA) in 1989. Many of his compositions have become standard concert band repertoire, including Psalm 46, Chorale and Shaker Dance and Celebrations.

John Zdechlik began his tenure in 1970 at Lakewood Community College (now Century College) in White Bear Lake, Minnesota, where he served for nearly three decades as conductor, professor, music department chair, and resident composer until his retirement in 1997.

Owing to his early success as composer for the concert band, he composed over 60 works for this medium as well as for small ensembles and solo musicians, most of which were commissions from high school or college ensembles.

Dr. Zdechlik conducted his music extensively throughout the United States, Japan and Europe.

Celebrations was finished in November 1989 and published in 1991 by Kjos Music Company. Its performance time is approximately 7:30 minutes and it is written for advanced players.

The work is very spirited and consists of two themes. The first is very fluid and is stated by the woodwinds. The brass and percussion add punctuation to this theme. The second theme (while maintaining the same tempo) is very sostenuto and lyric in sound”.
(Program Note from score)