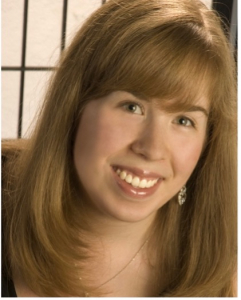 Cathedrals, by American composer, conductor and pianist Kathryn Salfelder is our Composition of the Week.
Cathedrals was written in 2008 and premiered the same year, on September 18, by Gary W. Hill and the Arizona State University Wind Band.

“Cathedrals is a fantasy on Gabrieli’s Canzon Primi Toni from the Sacrae Symphoniae, which dates from 1597. Written for St. Mark’s Cathedral in Venice, the canzon is scored for two brass choirs, each comprised of two trumpets and two trombones. The choirs were stationed in opposite balconies of the church according to the antiphonal principal of cori spezzati (broken choirs), which forms the basis of much of Gabrieli’s writing.
Cathedrals is an adventure in “neo-renaissance” music, in its seating arrangement, antiphonal qualities, 16th-century counterpoint, and canonic textures. Its form is structured on the golden ratio (1:0.618), which is commonly found not only in nature and art, but also in the motets and masses of Renaissance composers such as Palestrina and Lassus. The areas surrounding the golden section and its series of extrapolated subdivisions have audible characteristics, often evidenced by cadences, changes in texture, or juxtaposition of ideas.

The work is a synthesis of the old and the new, evoking the mystery and allure of Gabrieli’s spatial music, intertwined with the rich color palette, modal harmonies, and textures of woodwinds and percussion”. (Program Notes from the editor)

Cathedrals is the recipient of the ASCAP/CBDNA Frederick Fennell Prize, ASCAP Morton Gould Young Composer Award, Ithaca College Walter Beeler Memorial Composition Prize, and the United States Air Force Gabriel Award.
It has a performance time of 6 minutes and it is scored for two spatialized brass choirs, woodwinds and percussion.

Kathryn Salfelder began studying music and composition at the age of six at the Bergen Yamaha Music School in Paramus. At 13, she began studying piano with Anthony R. Fedell. In high school she was a winner in the 2003 Andrew de Grado Piano Competition for her performance of Danzas Argentinas by Alberto Ginastera. Kathryn Salfelder earned her DMA in composition at the New England Conservatory, her M.M. in composition from the Yale School of Music and a B.M. in composition with academic honors from New England Conservatory. Her primary teachers include Michael Gandolfi, Aaron Jay Kernis, and David Lang. She is the recipient of NEC’s 2009 Donald Martino Award for Excellence in Composition, 2009 George Chadwick Medal, and 2012 Tourjee Alumni Scholarship.

She engages late-medieval and Renaissance polyphony in conversations with twenty-first-century techniques; borrows literally from chansons, motets, and masses, as well as more liberally from Renaissance-era forms and structures. Her music has been performed by the Minnesota Orchestra, Albany (NY) Symphony, Yale Philharmonia, New England Philharmonic, Boston Musica Viva, United States Air Force Band – Washington D. C., and the Dallas Wind Symphony, and has been featured in over three hundred concerts at the nation’s leading universities and conservatories. Commissions have included new works for the American Bandmasters Association, New England Conservatory Wind Ensemble, Western Michigan University Wind Symphony, MIT Wind Ensemble, Japan Wind Ensemble Conductors Conference (JWECC), and the Frank Battisti 85th Birthday Project.
Dr. Salfelder resides in Cambridge, Mass. where she teaches composition and counterpoint at New England Conservatory. Prior, she taught at the Massachusetts Institute of Technology, where she serves as lecturer in music theory.

Other works for Winds Ensemble include: