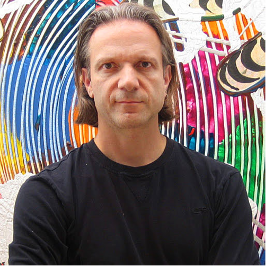 Cantares de Galicia, by American composer Michael Gandolfi, is our Composition of the Week.
Cantares de Galicia was commissioned by the Ithaca College of Music in 2015 and it was premiered a couple of years later, on February 15, 2018, by the New England Conservatory of Music Wind Ensemble, under Charles Peltz.
Cantares de Galicia uses a standard wind ensemble instrumentation, including harp and 5 percussion parts. It has a duration of 15 minutes, and it is available directly from the composer.

Gandolfi tells us more about Cantares de Galicia’s background:
“My wife’s mother, Aurora, hails from Viveiro, a beautiful seaside Galician town. During my travels there, I have discovered several traditional songs that Aurora often sings to my wife Maria (or along with her). I also quickly discovered the importance of bagpipes in traditional Galician songs, dance and instrumental music. I was impressed by the blend of what sounded like Celtic-influenced music and southern Spanish-influenced music. In fact, the British Isles (due north of Galicia, across the Cantabric Sea) are only slightly more distant (in the northerly direction) from northern Galicia than is the southern‐most tip of Spain (in the southerly direction), which likely explains this crossroad of cultures.

Cantares de Galicia, a fifteen-minute work, features several Galician folk melodies, with harmonizations, accompaniments and orchestrations of my own design, interspersed with episodes that act as variations on these melodies. Cantares de Galicia translates literally as “Galician singing”,  but it is also poetically interpreted as ‘Songs of Galicia.’ The first several sections of the work feature the popular song Miña nai (my mother), which is the lament of a daughter who lost her mother. I found several versions of this song, most of which bear little resemblance to each other melodically, but which share a common text. I thought it appropriate to explore traditional as well as contemporary versions of Miña nai, to reflect the ongoing nature of singing (and melodic variation) that abounds in Galician music. The opening melody is a variation on the most contemporary version that I found. It is heard in canon between two offstage trumpets. After three brief episodes, a traditional version, as sung by my wife and her mother, is played by a single offstage trumpet and developed by the ensemble.

After a brief fanfare, Muñeira do Miño (a traditional Galician dance) is heard. In its traditional form it is a bagpipe melody, accompanied by castanets and a drum. My orchestration here (and elsewhere in the piece) makes reference to the rich and unique timbre of bagpipes. Following an extensive episode, we return to Miña nai but now in a folksy, ‘playground’ version. This prompted me to respond with a brief, renaissance-inspired variation of this tune.

The work’s penultimate melody, Miu Diño, follows. It is a traditional song that Aurora and Maria sang for me on a recent visit to Viveiro. It is a rustic song, typically sung without accompaniment, but I was motivated to provide a detailed, impressionist-inspired accompaniment for this bold tune.

Lastly, Fullín Fullan is heard. It a sassy, vigorously sung, courting song, traditionally sung by a woman, with a very active percussion accompaniment, but with little or no harmonic support. I discovered a version sung by women and men in call-and-response style that served as the model for my instrumental version. I composed a rich, harmonic texture as an accompaniment that serves to match the high-intensity power of the traditional, purely vocal forms. At its conclusion, a brief coda emerges, featuring a phrase from Muñeira do Miño played simultaneously with a Miu Diño motive, both of which drive the piece to its climactic ending.” (Notes by Michael Gandolfi)

Michael Gandolfi received his Bachelor and Master’s degrees in composition from the New England Conservatory of Music, as well as fellowships for study at the Yale Summer School of Music and Art, the Composers Conference, and the Tanglewood Music Center.