AYAS for Symphonic Brass and Percussion by Christophe Bertrand, France (1981-2010) 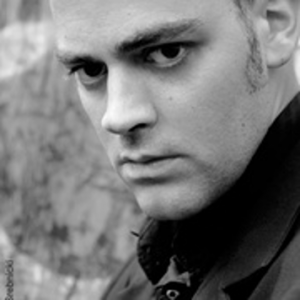 AYAS
For Symphonic Brass and Percussion

We would like to dedicate our Composition of the Week to the memory of French composer Christophe Bertrand, at the 10th anniversary of his passing.

Christophe Bertrand had an extremely short but brilliant and dazzling career. Unanimously recognized by the greatest names of contemporary music as one of the most promising talents of his generation.

He studied piano at the Conservatoire de Strasbourg, in France, with Laurent Cabasso and Michèle Renoul; composition with Ivan Fedele and chamber music with Armand Angster, graduating in 2000.

His encounter with Pierre Boulez at the 2003 Lucerne Festival would literally change his life. For him he would compose MANA, for large orchestra, premiered in 2005 under Boulez himself.

Christophe Bertrand obtained many awards and recognitions. In 2001 the Music Prize from the Académie des Marches de l’Est, as well as a honorable mention at the Gaudeamus Festival and the Earplay Prize 2002.

In 2007, he won the SACEM HERVÉ DUGARDIN prize, and the André Prize CAPLET from the Académie des Beaux-Arts (Institut de France).

AYAS was a commission of the Strasbourg Philharmonic Orchestra. It was premiered posthumously on November 18, 2010. Written for 13 musicians, AYAS is very short, only two minutes. It is dedicated to Cristina Rocca. The exact instrumentation calls for:
0000/4331.Perc (2) using 6 gongs, Bass Drum, Crotales and Timpani