AS THE LIGHTS GO OUT For Wind Ensemble and Electronics by Ben Robichaux (USA, 1991) 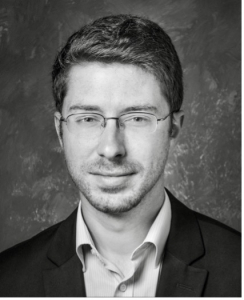 As the lights go out, by American composer Ben Robichaux is our Composition of the Week.

This work was written in 2018 and has received the ASCAP Morton Gould Young Composer Award in 2021.
It has a duration of 16 minutes and it is scored for standard wind ensemble setting, including harp, piano, as well as live electronics triggered from a laptop computer.
Its movements are 1. Aftermath; 2. Down the Tunnel; 3. Resignation.

“As the Lights Go Out is a physical and spiritual immersion into the brain of a dying person. This immersion involves the body’s panicked physiological response to a lethal event, while covering the conscious mind’s simultaneous perspective of this event. Said perspective is a direct result of the brain’s loss of oxygen, resulting in a near-death experience that leaves much to the imagination. While near-death experiences often involve a full recovery back to health, this piece offers insight into a brain that does not recover.

Movement I is the bodily response to the event. With frantic figures and intense, bombastic counterpoint, this opening movement slowly segues from panic to reserved acceptance. As the fight becomes more futile, the body’s acceptance of death is more a result of exhaustion than a desire for the end. While this transition is somewhat linear, there are signs of the body’s resurgence in the form of intrusive interruptions in the ensemble even near the end of the movement. Voices in the electronics represent a conscious resignation to death to accompany the bodily resignation to the same fate.

Movement II is a rewinding of sorts to the first-person perspective of the conscious mind during the events of movement I. As the brain loses oxygen, spiritual encounters (or encounters that, at the very least, seem spiritual) occur in the mind. Survivors of such experiences describe a bright light, meeting passed loved ones or meeting a deity of some kind. This movement introduces more concrete sounds of voices that become prominent as the situation grows dire. Interjectory fanfares in the brass represent a fruitless effort to survive.

Movement III begins with a complete surrender to the spiritual encounter. The conclusion of the movement is the bodily failure that accompanies this surrender. With the sound of a flat-lining heart monitor in the electronics, the corresponding wind ensemble evokes the impending death. The event is both awe-inspiring and frightening with the closing gestures offering little resolution and even fewer answers.” (Program notes by the composer)

The music is available at Murphy Music Press.